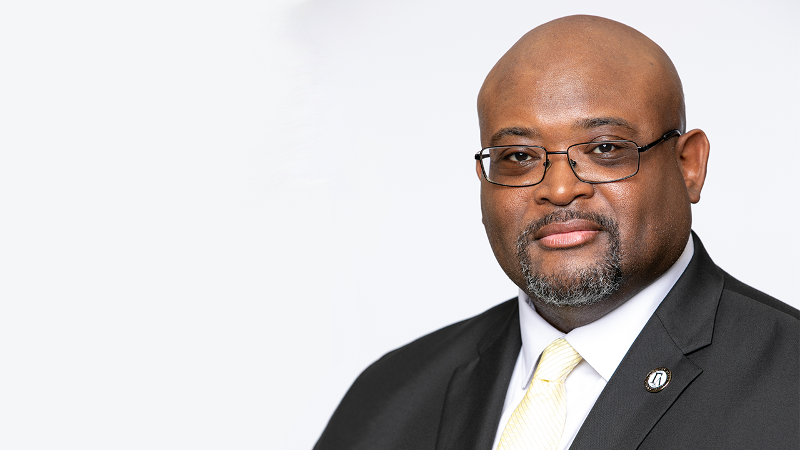 As a Career & Technical Education Trainer, Donald delivers instruction at the secondary and post-secondary levels working in collaboration with the CAST postsecondary and workforce development teams. He delivers in-person and remote professional learning, technical assistance, coaching, guidance, and support in a variety of contexts across the country and assisting with CTE-based grant writing, data analysis, and content development.

Donald was appointed to the Farmington Public Schools Board of Education and is a member of the Beloved Community Initiative and Community Equity Organization. He also serves on the advisory boards for TV-10 and IT North Farmington High School and is a Digital Arts Film and Television (DAFT) board member. Donald was named an Advance CTE Fellow specializing in diversity, equity, and inclusion for postsecondary career and technical education (CTE) leaders. Recently Donald has been accepted into Wayne State University’s doctoral program with a focus on curriculum and critical social inquiry. His media production company specializes in telling stories of social, spiritual, and personal impact. Donald’s mission is to see our next generation find success in a way that supports, uplifts, and encourages their dreams. He is a member of Oakland Church of Christ and Alpha Phi Alpha Fraternity, Inc. Donald is also a resident of the Farmington Hills community with his wife, Tara, and three children.

Donald’s outside interests or hobbies include sci-fi and comics, especially the MCU, Star Trek (Kirk, Spock, and McCoy), and Star Wars.

I believe true leadership is fundamentally about serving those you are expecting to lead. Take care of them, and they will take care of you.