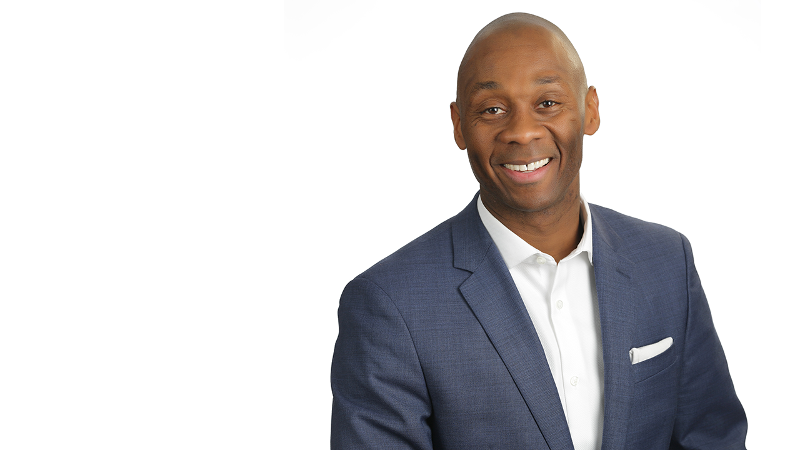 DeVone Holt is a multi-talented leader who combines more than 25 years of experience as a corporate brand manager and public affairs strategist to enhance profit margins and brand equity for a broad spectrum of customers and clients in industries that include workforce/economic development, education, healthcare, entertainment and non-profits.

In 2019, he began work as the Vice President of External Affairs for Goodwill Industries of Kentucky where he oversees the marketing, communications, public relations, fundraising, advertising and government affairs functions for one of the highest-performing Goodwill enterprises in the organization’s international network.

Previously, he served as the National Director of Customer Engagement for ResCare Workforce Services and the Special Assistant to the Superintendent of Jefferson County Public Schools. At ResCare, DeVone Holt developed and implemented comprehensive communications, marketing and outreach strategies while also functioning as the special project coordinator and sales associate for the nation’s largest workforce services provider. At Jefferson County Public Schools, he oversaw the business partnerships, community relations, volunteer efforts and fundraising strategies for one of the nation’s largest school districts.

In 2010, DeVone Holt was recognized by Leadership Louisville as one of the city’s most “connected” citizens who has found success at “getting things done” as a “trusted leader.”

As an economic development professional, he managed the inner-city business expansion and attraction projects for the city of Louisville, Kentucky for seven years before founding the Urban Insight Agency, which served as a business-consulting firm that helped companies maximize their investments in urban markets. His work helped create approximately $400 million in new business investments and more than 1,000 new jobs for inner-city residents.

In 2003, his best-selling book Hip-Hop Slop: The Impact of a Dysfunctional Culture was published and led him to the lecture circuit. Since then, the book has become the subject of a national debate and has been deemed required-reading for college students around the country.

After graduating from Eastern Kentucky University with degrees in journalism and English, DeVone Holt began his career in public relations at the University of Kentucky and assumed subsequent public relations roles that exposed him to the inner-workings of collegiate athletics, the NBA, corporate America and the entertainment industry.

For 10 years, DeVone Holt served as lead host, writer and producer of the Saturday Morning Solutions radio show in Louisville where he helped create one of the area’s largest and most loyal listening audiences by sharing strategies on how to improve urban communities.

DeVone Holt lives in Louisville, Kentucky with his son Aaron.