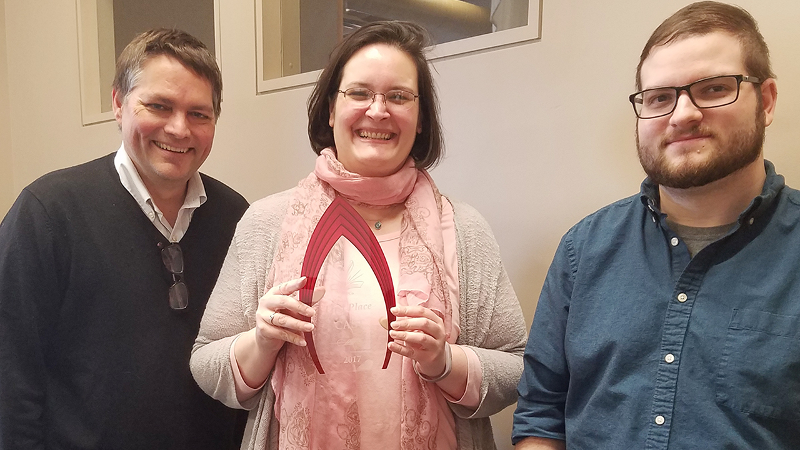 CAST finished 2017 with some fireworks, winning the New England Publishing Collaboration (NEPCO) Award for its role in the Understood.org partnership. In a live, competitive event, CAST’s Director of Digital Communications & Outreach, Mindy Johnson, gave a 3-minute, multimedia presentation highlighting the success of the 15 Understood partners in helping parents of the 1 in 5 with learning and attention issues.

Based on its impact, judges voted CAST’s collaboration with Understood the winner among nine contestants, including major publishers such as Macmillan, Hachette Book Group, and MIT Press and partner organizations such as the Girl Scouts and the Eric Carle Museum.