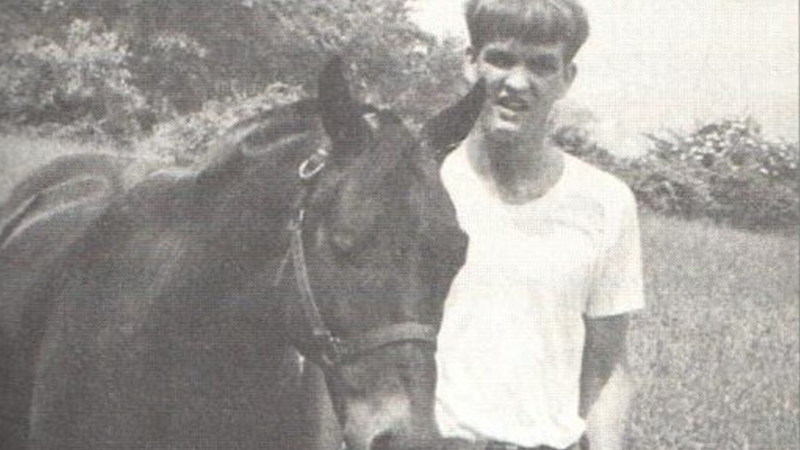 George Patton was drawn to horses and horseback riding, even as a young boy.

As a child, George had challenges speaking, reading and writing--challenges that no one knew exactly how to label. Although he never received a definitive diagnosis, he was placed in a separate school for students with disabilities before the first grade. George is a son of Maj. Gen. George S. Patton (1923-1980) and Mrs. Joanne Patton, and a grandson of the famous World War II general. Joanne, a former CAST board member, shared their story, parts of which will sound familiar to many families trying to support their loved ones, during a summer visit to her home.

George is Joanne’s second of five children. When speaking with us, she revealed the sense of isolation she felt during George’s early education. At a time when children who learned differently than their peers or were diagnosed with a disability were rarely given chances to develop their talents, Joanne and her husband were often the only parents attending parent-teacher gatherings. She had to advocate to teachers who did not know how to address George’s learning needs and began volunteering in understaffed classrooms to support her son, his teachers, and his classmates.

As George grew, he began to explore his passion for horseback riding, eventually winning gold and silver medals at the International Special Olympics. This accomplishment and Joanne’s growing interest in helping children with disabilities led her to become a community leader around inclusion. During the final decades of her husband’s military career, she was a leader in the new Army Community Service program. After he retired and the family moved back to their ancestral North Shore home, she helped found a Special Friends program providing social and cultural enrichment activities to adult individuals with cognitive and intellectual disabilities.

It was in this community role that Joanne was first introduced to CAST. Joanne enrolled George in CAST’s Pioneer Program, through which early CAST staff provided coaching to individuals with a variety of disabilities—coaching that not only helped the participants, but also enriched CAST’s understanding of learning barriers. Through this early work, the CAST founders and staff were able to conceptualize and start to articulate the UDL framework.

Leveraging George’s deep interest in weather, horses, and painting, CAST helped George learn computer skills and grow his confidence as a learner and a communicator. Joanne is grateful that “CAST had the dreams and the professionalism to make this happen.” Her passion for CAST’s work led Joanne to serve as a volunteer Board Member for a decade, lending her national expertise in non-profit management to CAST both in this role and as Chair of CAST’s Advisory Council. 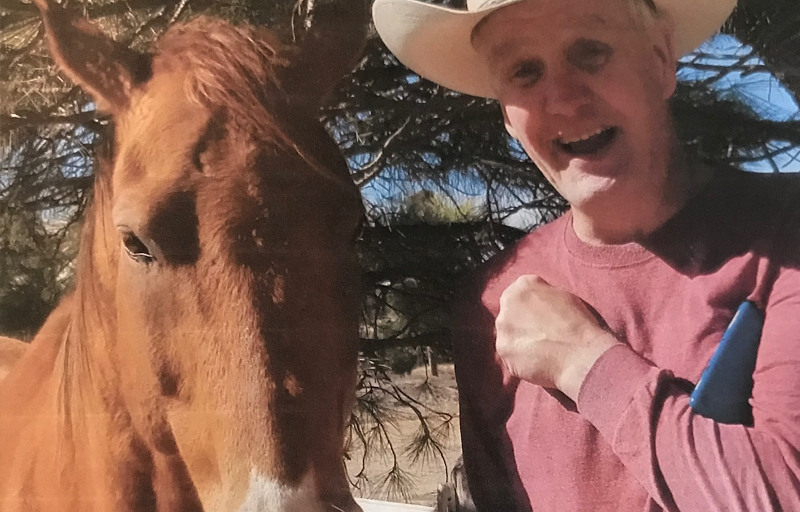 George enjoys painting, weather, and of course, all the horses on the ranch in Colorado.

Today, George is part of a thriving community of family and friends on a horse ranch in Colorado. He lives on the ranch and works with rescued horses, bringing them back to health. Still riding, still painting! He communicates readily and eagerly with those who have taken the time to understand his speech patterns. In the end, George did not let any of his barriers deflate his pursuit of his passions.

Joanne has retired from most of her non-profit and community service, but remains committed to the values she and CAST share around inclusive design and empowering everyone to learn and grow. She smiled humbly as she told us that some of CAST’s research work and its jargon “have gone beyond the comprehension of this simple Pioneer’s Mom. Yet it is the individuals you are enabling to become contributing members of society as well as self-confident human beings that make your efforts matter.”

Universal Design for Learning advocates that all learners must have access to challenging, meaningful learning experiences from the start. Through intentional, inspired and inclusive design, we hope to engage every person — until learning has no limits. Throughout our over 35 years of work, CAST’s relationships with individuals like George and Joanne have helped us gain the insights and inspiration to design for learning in a way that activates the power and potential of each one of us.

Thank you, Joanne and George, for touching our lives.

You can make a difference.

Joanne and George Patton represent an important part of CAST's history as a non-profit organization. Their story is an inspiring reminder of why we continue to bust barriers to learning, wherever learning happens. Find out how you can help us keep growing and developing innovative research and practices so every learner has the opportunity to grow and thrive, just like George.