Education co-design—an extensive collaboration among participants in a learning ecosystem to design the best possible solutions—fits succinctly with CAST’s core mission to “bust the barriers of learning” for all through its Universal Design for Learning (UDL) framework. 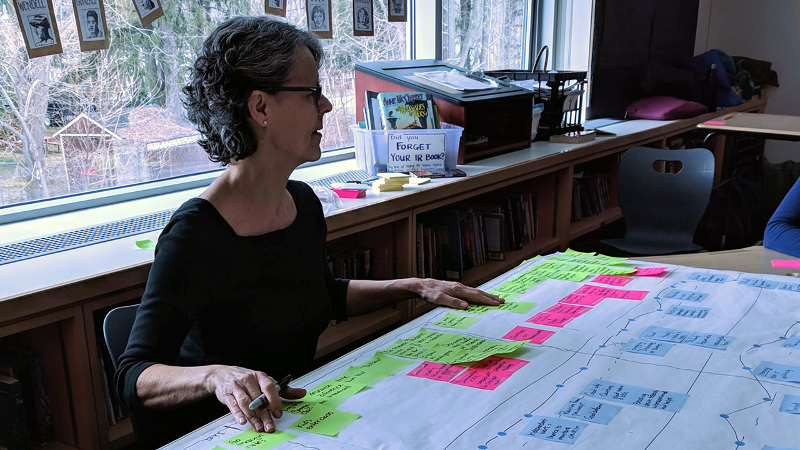 In essence, co-design leverages “collective creativity” from all stakeholders in an educational setting to brainstorm new ideas and innovations to help make learning more inclusive, says Kim Ducharme, CAST Director of Educational User Experience Design. These participants may include students, teachers and administrators, families and caregivers, and others from the learning community.

“It’s designing with people, instead of just for them,” Ducharme explains. “In this process, you’re more of a facilitator. You’re giving people the tools to create their own solutions and bring their skills and resources to the table. Co-design gives people, first and foremost, voice and agency, and it builds ownership in the outcome. It builds a stronger community, together.”

Ducharme and fellow CAST team members use journey mapping as part of their co-design process to identify what stakeholders need in a learning environment. It fosters the depth of collaboration that’s critical to successful co-design, giving designers insights into the experiences and needs of end-users, such as teachers or students.

“It’s a technique that utilizes storytelling and visualization to help understand the dimensions of a person’s experience over time,” Ducharme says.

Journey mapping was originally used in the service industry as a research artifact. For instance, the map might show what it’s like to open a bank account or order food for takeout.

“So, I thought, what if you swap out the word ‘customer’ for ‘learner’? And boom, the idea for journey mapping [at CAST] took off,” she adds.

CAST also utilizes design sprints—typically three straight days each, with a team of up to seven people with diverse skills—to design and test concepts repeatedly to produce the desired outcome.

“It’s the idea of really being quick on your feet, and not putting a lot of resources into creating something before you know it’s a good idea that brings value to the stakeholder you’re designing for,” Ducharme says.

The self-described Ed UX designer honed her eye for interactive design and collaboration during her 15+ year-tenure with the WGBH Educational Foundation. There, among her many initiatives, she helped create websites, museum kiosks, and interactive TV prototypes for award-winning PBS programs such as NOVA, Frontline, and American Experience.

She joined CAST in 2013, and notes how her scientific mind appreciated making a closer connection with the end users and combining her UX expertise with those of learning scientists to gain feedback and drive project strategy.

“Oh my gosh, this stuff is really making a difference,” Ducharme says. “It was sort of like jumping from the frying pan into the fire with CAST, because now I work with the learning scientists, and together with co-design, we’ll find things out with the stakeholders in a much more intense, active, intentional, and evidence-driven way.”

This is only the beginning for co-design at CAST, as its team of educators continue to refine the process with each project that comes their way.

“The next step ahead for CAST is to continue building our co-design muscles, if you will,” Ducharme says. “It’s a natural instinct, but a learned skill to do it effectively.

“And with partners, it’s like sharing the love,” she adds. “Figuring out a way to have the stakeholders help write that story and how to define that feature.”

A Growing Team of Co-Design Specialists 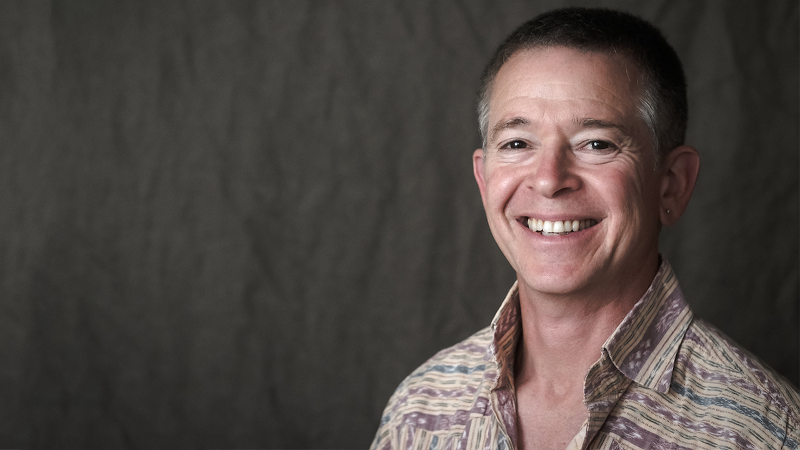 Dolan, who began his career as a medical research scientist, first joined CAST in 2000. It proved to be an occupation—and life—altering experience.

“I was just blown away by CAST and what they were doing, so I did a career shift, [into] education technology, helping students with disabilities, and Universal Design for Learning,” Dolan says.

Dolan left CAST after seven years for an offer he “couldn’t refuse” and later moved into consulting. He rejoined the CAST team in 2018 when Senior Director of Research & Development Jose Blackorby asked him to help write some grant proposals. That morphed into the role he plays today.

“At CAST, from a research perspective especially, I’m able to do more leadership on longer-term projects,” Dolan says. “Then, there’s all the cool stuff CAST is involved in, getting the UDL message out. I really love being part of that team again.” 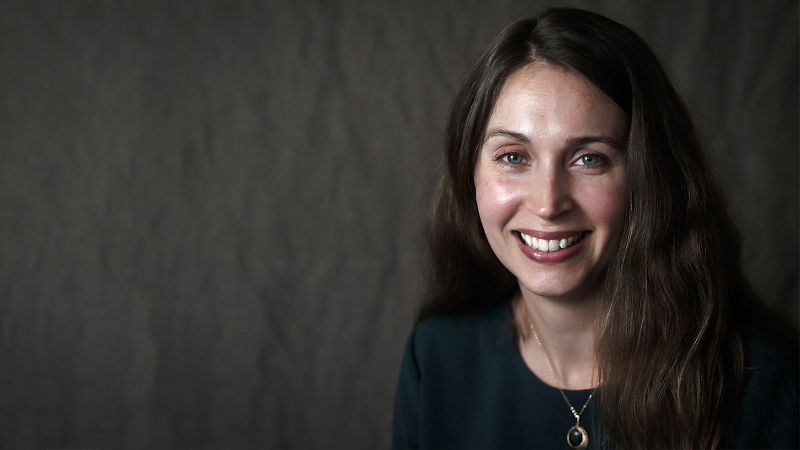 Wojcik brings an artist’s eye and touch to CAST program design. Along with eight years as a public school visual art teacher, she served as a studio art instructor at the Museum of Fine Arts in Boston before joining CAST in 2018.

“It felt like an organic transition, because when you’re a teacher, you’re kind of designing experiences for your students each day,” Wojcik says. “Thinking about the process of creating curriculum, lessons, and instructional flows for kids really gave me a lot of transferable skills, and being able to design processes in a digital environment as well.”

As part of the CAST crew that collaborated on the I-SMART project, Dolan and Wojcik worked with teachers to create a digital dashboard that helps them interpret student assessment data so that they can co-design ways to address students’ learning needs.

The team also worked with students to co-design their own assessments to make the evaluation process more equitable, inviting, and relevant.

“I’ve loved working with Cara,” Dolan says. “She brings such brilliance to this puzzle, teasing out of this puzzle of how you get students and teachers the information and opportunities they need, that they may or may not know they need, in a way that’s engaging, supportive, and not overwhelming.”

The I-SMART project was among the first Wojcik worked on after she joined CAST. The team worked with teachers from across the country in a way that’s now familiar to us all, thanks to the coronavirus.

“We worked with them remotely, which was also one of the first times I’d ever done that,” Wojcik says. “It was pre-pandemic, so little did we know that was going to set us up for doing remote co-design really well.

“The process was really effective,” she adds. “It was cool because we had teachers who were super invested in the outcome of the product.”

While plenty of dashboards designed to help teachers visualize student assessment data and information already existed, Wojcik says, conversations with educators indicated those dashboards often provided too much info, and they didn’t know what to do with it.

“If there’s nothing they can take and actually put into their classroom in an actionable way, and change their instructional decision-making or how they interact with the student, none of it matters,” she says. “It was really about hearing from them how to make this information more useful.”

That co-design process allowed CAST to course-correct in the beginning stages, not the end, which Dolan says is critical in any collaborative project.

“We want to fail early. We want to hear it early on (from the teachers), ‘I’m sorry, it’s honestly not going to work in my classroom, ever,’” he says. “If that’s true, we want to find out now.

“We don’t want to go six months down the road designing this thing and find out it was an absolute failure, or we could’ve made a pivot really early on, but it’s too late or too expensive now,” he says. 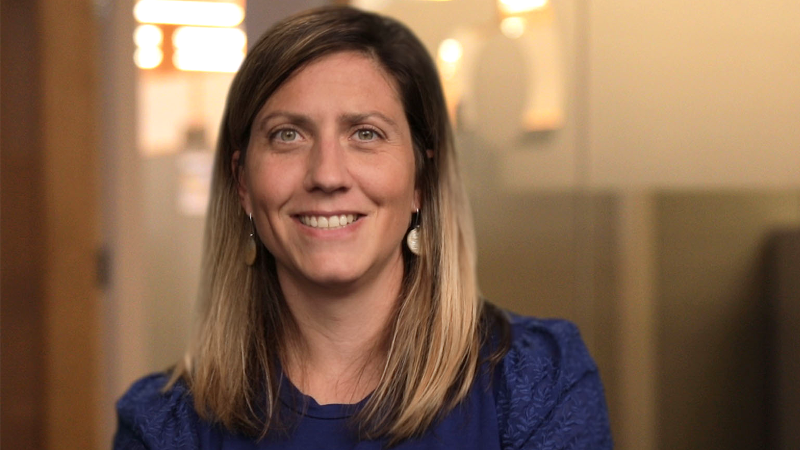 CAST Education Scientist Amanda Bastoni also personifies the diversity of ideas and training within the organization. Before joining CAST, Bastoni worked as the career and technical education (CTE) director at a 1,700-student high school in New Hampshire, and as a teacher before that.

She became intrigued with Universal Design for Learning while working on her doctorate degree. She’s also seen the logic behind UDL applied commercially, such as with the Nike FlyEase shoe, which provides users an easy-to-slip-on and more hands-free option than conventional shoes.

“There are a lot of examples where when you design for people in the margins, you actually make a product more people can use and sales go up,” Bastoni says. “We’re doing what I think the world needs—making it possible for more people to engage in whatever, from athletics, to learning, to education.”

Bastoni serves as one of the key contributors in CAST’s ongoing Multi-Gen Makers project, a collaboration with residents from Bayview Towers, a 200-unit affordable housing complex in Stamford, Connecticut.

It’s an example of a makerspace—a collaborative workspace to make, learn, explore, and share. With access to various materials and tools (both high and low-tech) young and adult learners become producers who make things of value to them.

“It’s pretty revolutionary, because mostly we see makerspaces at schools or in museums, or a shared makerspace location, office, warehouse, or something,” Bastoni explains.

CAST teamed up with the National Housing Partnership Foundation/Operation Pathways, a nonprofit seeking to transform affordable housing communities with innovative programs that help residents achieve the future they want, and the Boston University Social Learning Lab, which researches the social context for STEM learning.

Co-designing with the residents proved essential in helping them achieve the makerspace they wanted and needed.

“I’ve never lived in affordable housing, I don’t speak another language, and I didn’t grow up in an inner city. A lot of the people at CAST would fit in that group,” Bastoni says. “How do we make sure we’re designing for what this population wants? We’re not just pushing our ideas, we’re trying to help them grow their ideas. So, that’s nuanced and complicated.

“In theory, co-design is really empowering, because it says, ‘Hey, your thoughts matter, and we really want to design this so you’ll use it, and you’re excited about this space’,” she adds.

The three-year project kicked off as COVID-19 swept the nation and globe, which presented its own unique challenges. The team also needed to overcome the learning curve of how to co-design with a community that might not even know what a makerspace means.

“There are people who have never heard that term before,” Bastoni says. “It’s about relationships, so we have to go there more, which is hard during the pandemic, but we’re really working on it and I think we’re doing a great job.

“You can’t just force people to go design in there, so it’s really about trying to see what the community wants, and trying with surveys, events, and one-on-one conversations,” she adds.

Both the Multi-Gen Makers and I-SMART projects are great examples of why Bastoni and other CAST team members find their work with UDL and co-design so rewarding.

“The work we do is built on this idea that everybody should have access to learning,” Bastoni says. “That’s pretty awesome.”

Help us continue our co-design work

CAST regularly partners with organizations in the public and private sectors to explore challenging questions in education. Our work is made possible by the generous financial support of foundations, corporations, government agencies, and individuals—all partners in the effort to make education more accessible, rewarding, and effective for all through Universal Design for Learning.

Find out more about our research opportunities 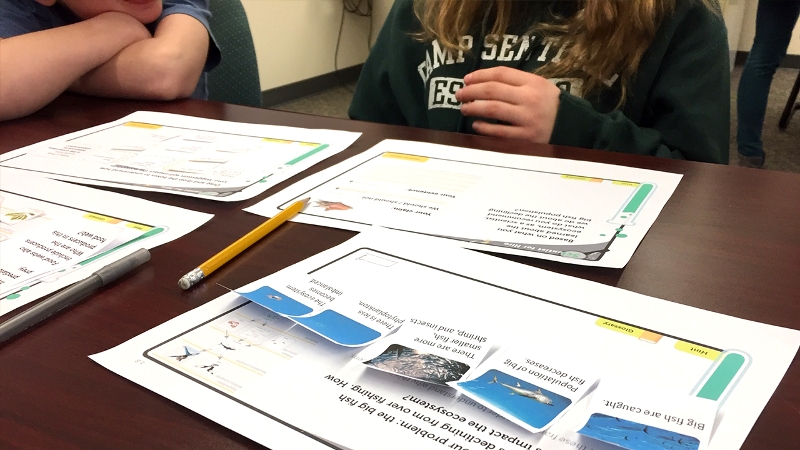 Ensuring science assessments are truly inclusive of all learners, including those with significant cognitive disabilities. 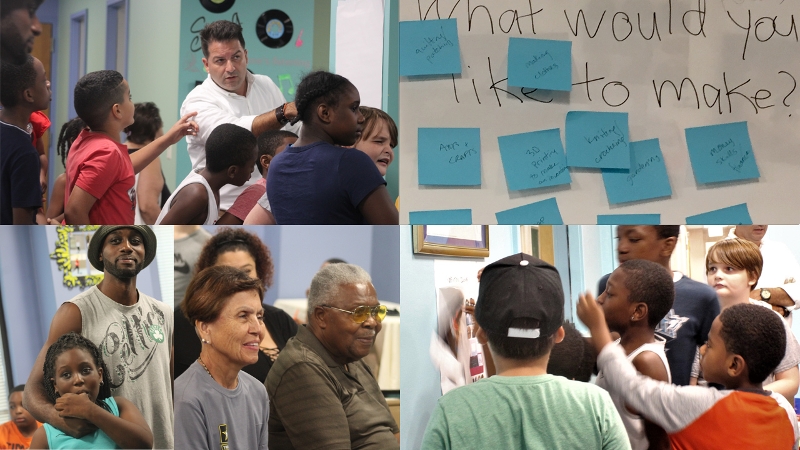 We're developing and researching a sustainable model for multigenerational making and learning that can support a STEM career trajectory. 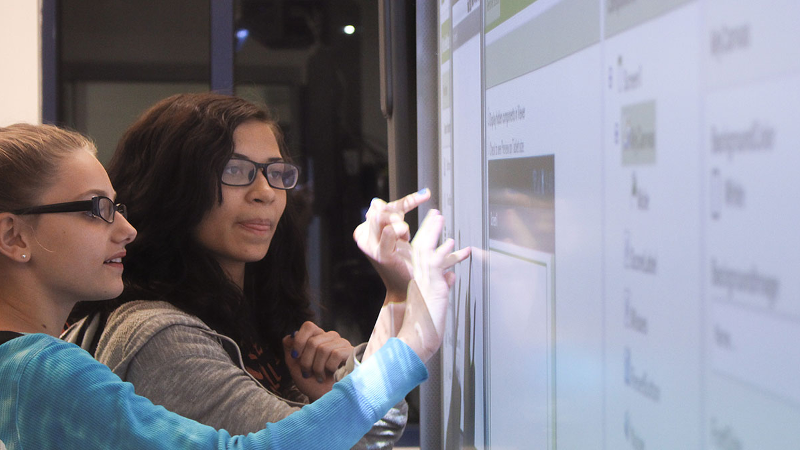 What would it look like if next generation learning technologies were designed by students, not just for them?